This month has flown by! Exactly one month ago today we were wrapping up another successful Valuation Expo. At Expo, we demoed our game-changing web-based appraisal software, ACI Sky™. We had a day long “Sky Lab” with several demonstrations including Sky Report, Sketch, Data, ACI Analytics™, and more!

At the close of the show we had everyone gathered around our booth to announce the winner of the DJI Phantom Vision+ Quadcopter. The anticipation was palpable as we finally announced the lucky appraiser, Ed Lambert! Congrats Ed, we hope you’re enjoying the new gadget. 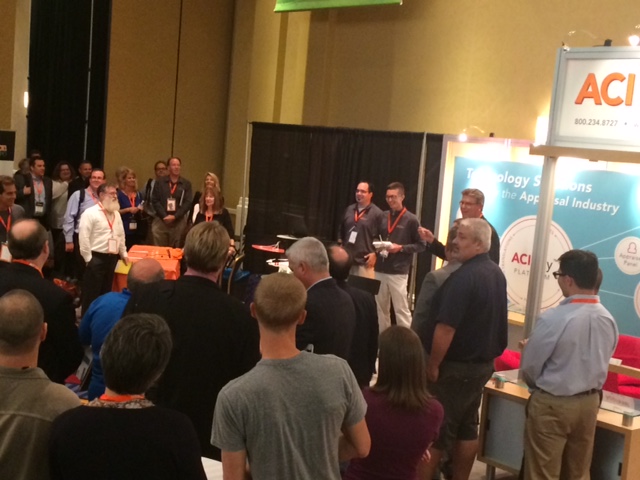 We’ll see you all next year back in Las Vegas for Valuation Expo 2016.